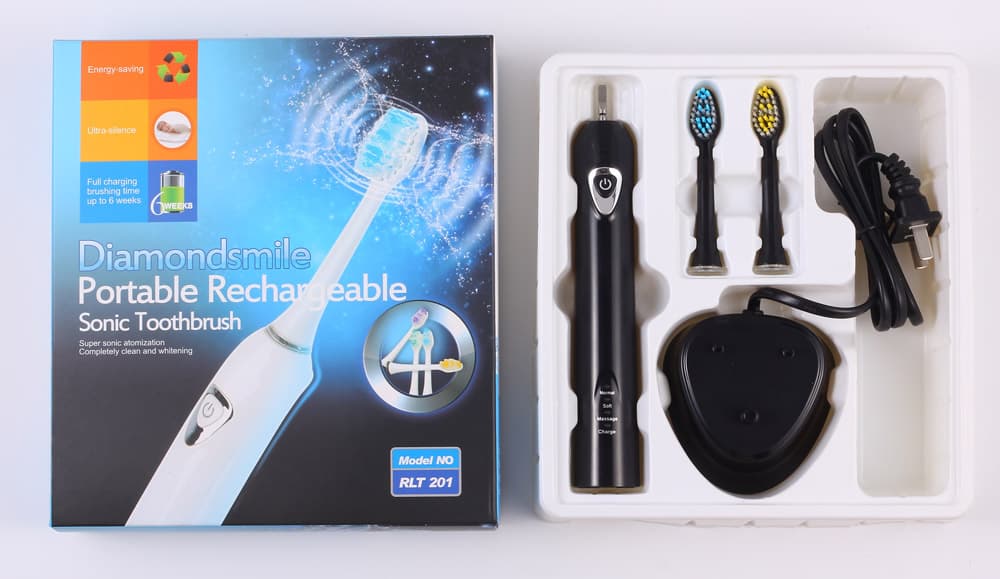 Many will wonder what the real difference is between a traditional electric toothbrush and an ultrasonic toothbrush. We are aware that the differences are enormous and we want to provide you with the best product for your oral hygiene.

Going back to history, the electric toothbrush began to be commercialized in the 1950s, despite the fact that it had been patented in the late 19th century. The first electric toothbrush had a power cord (that is, it was not cordless) and what it did was move the bristles while the person was brushing, making the cleaning task easier.

However, being connected to the electrical network and needing constant washing to maintain it, it reduced its popularity. Hence, it was only in the following decade that the first cordless brushes began to be sold, the electric toothbrush manufacturers use rechargeable batteries on them and allowed the person to move around and not have a risk when being in contact with liquids such as saliva, toothpaste and water .

Already in the 1990s, electric toothbrushes connected to the domestic network were banned by consumer protection agencies in developed countries, due to the constant risk involved in using an electrical appliance in an area of ​​possible contact with water and water. humidity as is the bathroom so only cordless brushes were allowed.

Later, the sonic electric toothbrushes appeared, which in their technology operate like a normal electric toothbrush but at the same time emit waves within the audible spectrum (only 333 Hz) that allows them to remove the plaque a little better than a common electric toothbrush, by the number of movements that reach their sows, up to 31,000 per minute.

In recent years, ultrasonic technology reached electric toothbrushes. This represents a complete evolution in dental brushing and oral hygiene, since to operate, they use ultrasonic waves, at a frequency of 1.6 MHz, which are not within the audible spectrum for human beings.

These ultrasonic waves make the brush remove even more bacterial plaque than any brush, even sonic, in addition to cleaning the enamel well and reducing the gingival index (irritation, inflammation and / or infection of the gums)

Are sonic and ultrasonic toothbrushes different?

Most dentists endorse the use of ultrasonic toothbrushes, as they help remove plaque, keep the gums healthy and, above all, their softness and power in oral hygiene generates habit, which is ultimately the most difficult to achieve. They question the effectiveness of manual brushes, since it takes at least 8 minutes three times a day, since they only operate with the movements of the hand. In addition, it requires that the user have a refined technique to brush their teeth so as not to leave any remaining food that encourages bacteria and that in turn can affect the teeth or mouth.

Ultrasonic brushes represent the most modern evolution of oral hygiene , until now not available in Chile. In addition to a better cleaning by removing bacterial plaque due to ultrasound, they contribute to the natural whitening of the tooth, preventing them from turning yellow. Its technology mixes the sonic movements of the best electric toothbrushes, and on this its crystal emits ultrasound at 192,000,000 movements per minute (frequency of 1.6 MHz) , which allows us to eliminate any residue that could damage our teeth, leaving a smile more healthier, whiter, brighter and smoother, for all users.